If there’s one truth about Hollywood, it’s that once you’re famous, everyone starts trying to make money off your back. That’s the case with the infamous Hollywood Wax Museum where visitors can get a ticket to “hang out” with the wax figures of their favorite celebrities. Unfortunately, not all wax figures are created equal and the newest addition to the museum, a Billie Eilish wax figure, certainly missed the mark. 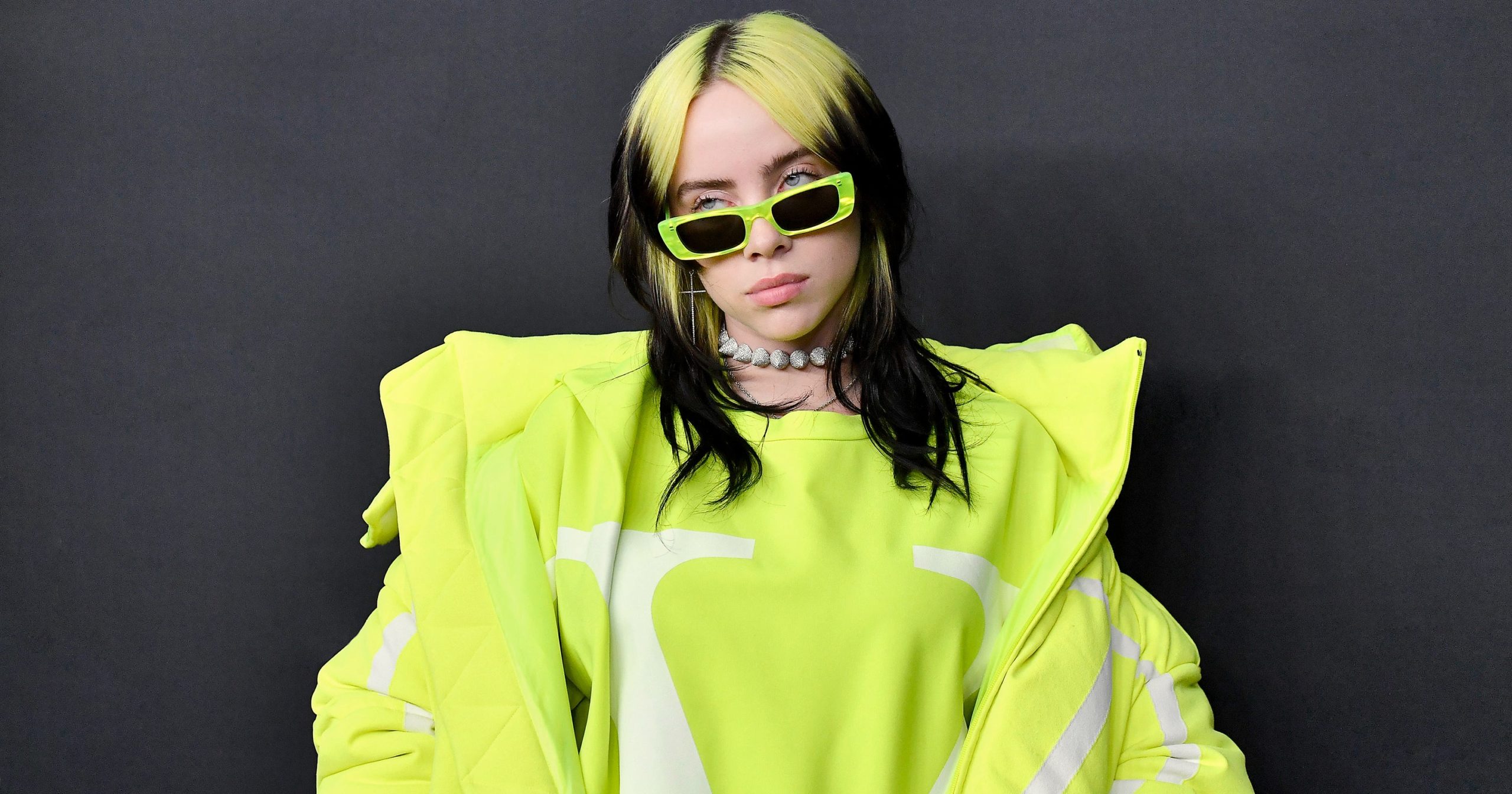 Not All Wax Figures Are Created Equal

It’s true that not every wax figure can be a success. These intricate creations are extremely difficult to produce and mistakes are possible. Judging by fans’ response to Billie Eilish’s wax figure, however, hers was definitely a mistake. At first glance, you can see the resemblance, but you can also see that something’s very off with the figure, as it fails to recreate Eilish’s looks and personality. 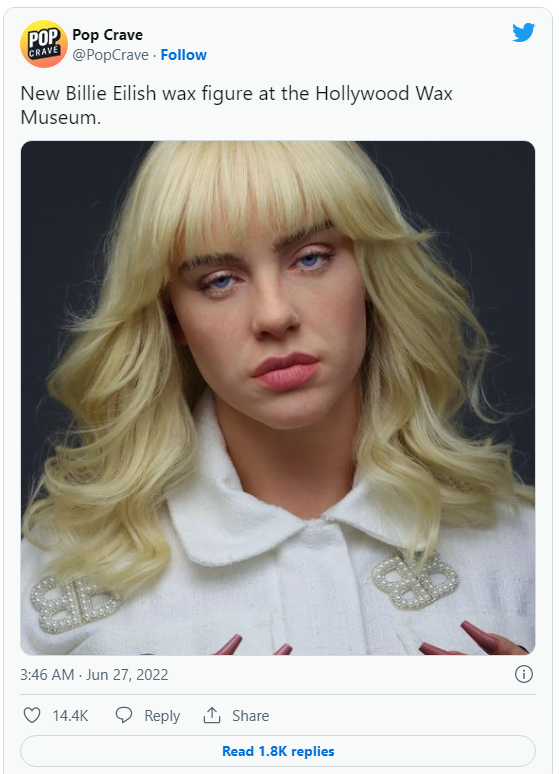 As some users put it — the wax figure looks like it’s staring straight into your soul, and not in a good way. This Billie Eilish “wannabe” has tried to recreate the singer’s attitude and signature look, from the long nails to the cocky stare, but the result is a lot more masculine and disproportionate than it should be. Many fans are calling out the museum for creating a figure that has zero resemblance to the real person. 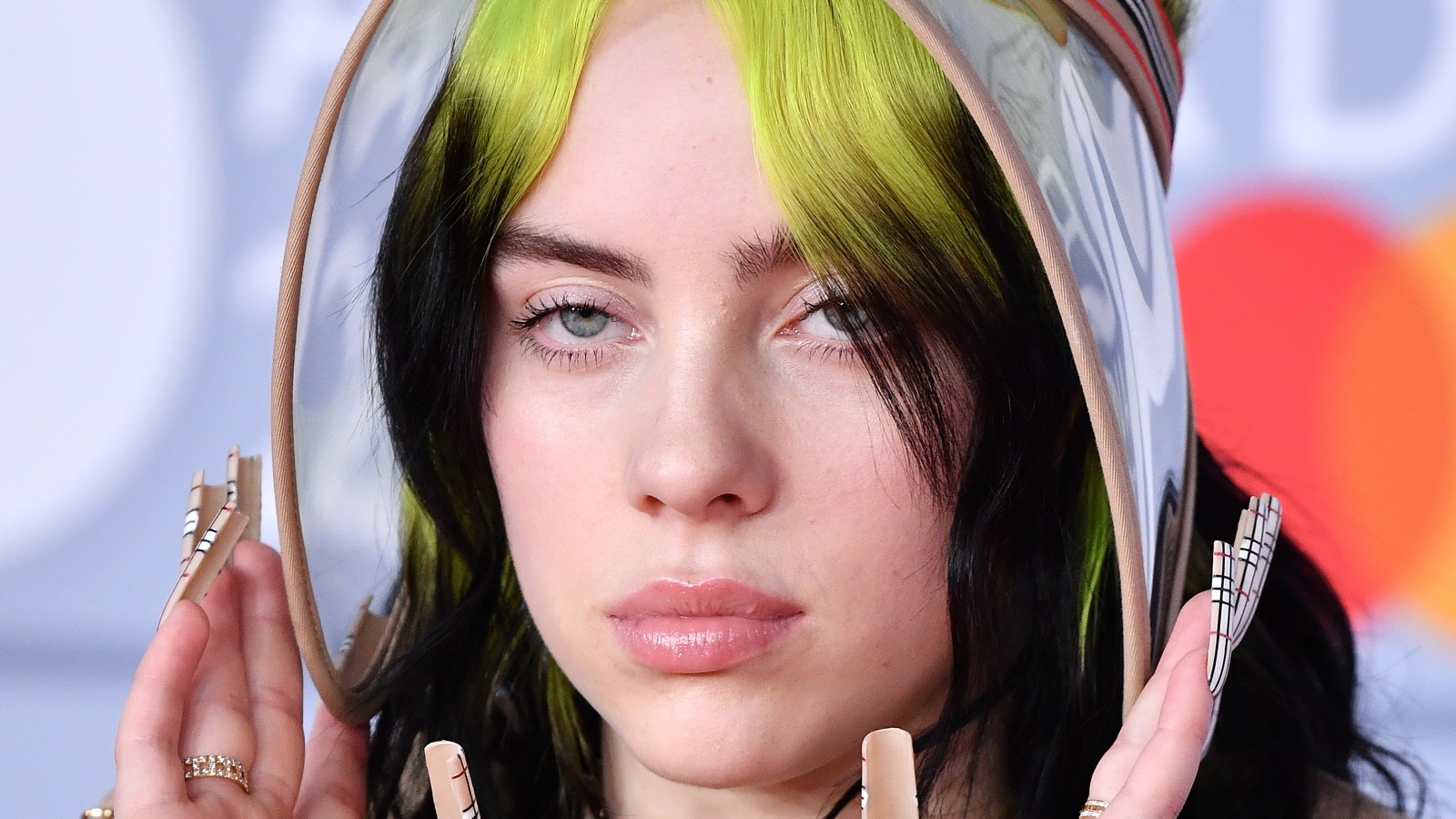 Despite the hundreds of tweets and angry fans online, there hasn’t been an official comment on the wax figure by Billie Eilish herself. The Grammy-award singer is probably too busy getting a restraining order against the figure, as we speak. Then again, having a somewhat terrifying wax figure made in your honor seems like a sure sign of your A-list celebrity status, right? Let’s not forget, that Madame Tussauds in London unveiled its brand new Ariana Grande wax figure, and the result was a far cry from Grande. She even commented “I just wanna talk” under the post. Let’s see if Billie wants to talk, too!

Social media has a new obsession and it's the Pink Sauce, a dragonfruit dipping sauce that went ...

3 Self-Care Apps That People Can Download and Benefit From

What is self-care, exactly? Is it worth taking a moment to be grateful? Putting on a face mask? ...

5 Excellent Uses for Aloe in Addition to Treating a Sunburn

Aloe has an excellent reputation as the go-to remedy for sunburn. Although it certainly does have ...